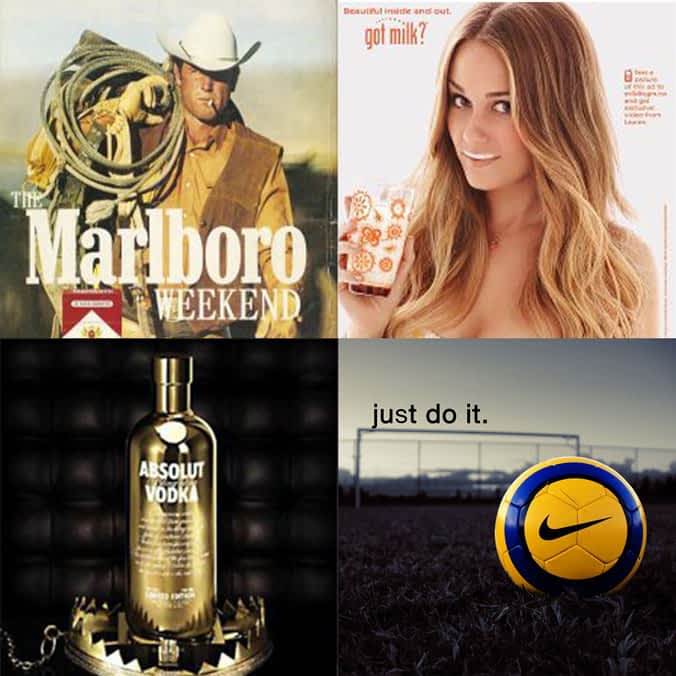 Advertising has been around since the printing press was invented back in 1480. But not all ad campaigns capture the undying attention of consumers. Here is our list of the best marketing campaigns and why we think what makes them stand out is still relevant today.

Many marketing and advertising professionals like to call this campaign the gold standard. Created by a legendary advertising group at Doyle Dane & Bernbach in 1960, the campaign set out to answer one question: How do you change peoples’ perceptions about not only a product, but about an entire group of people?

Americans always had a propensity to buy big American cars, but even 15 years after WWII ended, Americans really didn’t buy small German cars. So what did this Volkswagen advertisement do? It played right into the audience’s expectations. You think I’m small? Yeah, I am. They never tried to be something they were not — and that’s the most important lesson we can learn from this campaign. Don’t try to sell your company, product, or service as something it’s not. Consumers appreciate honesty just as much as they appreciate hot girls in beer commercials.

Speaking of beer commercials, how does creating a whole new market for your product, and then dominating that market sound? The goal of this Miller Lite campaign was getting “real men” to drink light beer. The common misconception was that you couldn’t drink a light beer that actually tasted good. So Miller Lite took on the debate, and in every ad featured two manly idols declare which was better — “Great Taste” or “Less Filling.”

And with Miller Lite, you could have both! For decades after this campaign aired, Miller Lite dominated the light beer market they essentially created. What’s the lesson we as marketers can learn? Strive to be different. If people tell you there isn’t room for a product, make it your own and define the category so you can quickly become the leader.

Did you know that there was a time Nike’s product catered almost exclusively to the marathon runner? But they saw a fitness craze emerge, and knew they needed to get past their main competitor, Reebok. And yes, there was a time in our history when Reebok sold more shoes than Nike. But to succeed, they needed a new campaign — they needed the “Just Do It.” campaign.

The campaign was a hit. In 1988, Nike sales were at a measly (hah) $800 million; by 1998, sales exceeded $9.2 billion. “Just Do It.” was short and sweet, yet encapsulated everything people felt when they were exercising — and that feeling remains the same today. Don’t want to run 5 miles? Just Do It. Don’t want walk up 4 flights of stairs? Just Do It. It’s a human truth we all could relate to, that drive to push yourself further. So when you’re trying to decide the best way to present your brand, ask yourself what problem are you solving for your customers. What solution does your product or service provide? By hitting on that core issue in all of your marketing messaging, you will connect with consumers on an emotional level that is hard to ignore.

4. De Beers: A Diamond is Forever

Not only was De Beers’ “A Diamond is Forever” campaign a success — in 1999 AdAge declared it the most memorable slogan of the 20th century — the campaign proposed (pun intended) the idea that no marriage would be complete without a diamond ring sealing the deal. They created the idea that a diamond ring was a necessary luxury. The lesson here is to use your marketing to convince your consumers that life without your product would be an incomplete existence.

Absolut made their very boring, basic bottle the most recognizable bottle in the world. It was so successful they didn’t stop running it for 25 years, is still the longest uninterrupted ad campaign ever, and comprises over 1500 separate ads. I guess if it ain’t broke, don’t fix it.

When the campaign started, Absolut had a measly 2.5% of the vodka market; when the campaign ended in the late 2000s, they were importing 4.5 million cases, or half of all imported vodka in the US according to d. drew design. So what’s a marketer’s lesson here? No matter how boring your product looks, it doesn’t mean you can’t tell your story in an interesting way. Let me repeat: Absolut created 1500 ads of one bottle. Be determined and differentiate your product in the same way!

Did you know that cigarettes kill? Yeah, I’m sure you do. We’ve known for quite some time now, but one reason people keep on puffing is because the Marlboro Man got their addiction started.

The Marlboro Man ads were the epitome of what a brand could do if it created a lifestyle around its product. You want to be free – be a man. You want to be on the open range. Well, that’s a Marlboro Man. The ads were effective because they captured that dream lifestyle that we all wish we could escape to someday.

So what’s the lesson? It’s not to have an addicting product. But when you are creating content for your product, remember that it must fit into a person’s lifestyle, even if it’s an idealized lifestyle. As cigarettes themselves have proved, it’s easier to create a lifestyle than to change one.

7. California Milk Processor Board: Got Milk?

Consumers just weren’t drinking the same amount of milk in the late 80s and early 90s. Goodby, Silverstein and Partners created the solution. The early campaign revolved around the idea of that unsettling moment when all you need is milk to wash down that sandwich you’re eating, and you realize all the milk is gone. Hey, I can relate — I’m a big cereal eater, and there’s nothing worse than getting your bowl all set and realizing you’re out of milk.

Because of this campaign, milk sales in California rose 7% in just one year and to this day you still can’t escape the millions of “Got” parodies. The lesson here is that G, S & P didn’t focus on people who weren’t drinking milk, but on the set of consumers who already were. Sometimes it’s not always about getting new people to use your products, but to get your current set of customers to appreciate your product more. Use your marketing and communications to tell your audience why they should appreciate the product or service you are already providing for them.

Is it enough to say this campaign was successful because it featured a giant hamburger bun and a cute set of old ladies? No? I didn’t think so.

Wendy’s took a simple phrase, used it to point out the lack of beef in their competitors’ burgers, and it quickly became a catch phrase that encapsulated all that was missing in consumers’ lives. While it should be said that you can’t predict when a catchphrase will catch on and when it won’t, Wendy’s wisely didn’t over-promote their hit phrase. They only ran the campaign for a year, and allowed it to gently run its course. The “Where’s the Beef?” lesson is that marketers should be careful with their campaigns’ success and failures. Just because you find something that works doesn’t mean you should keep doing it over and over to the point it’s played out. Allow your company to change and grow, and you may find that you can have even greater success in the future by trying something new.

While there have been many great Apple campaigns, this one made the list above all others because no campaign has captured a consumer group’s persona quite like “I’m a Mac.” You know that guy; you know exactly who they were talking about as soon as they came on the screen; you wanted to be the Mac.

The Mac/PC debate ended up being one of the most successful campaigns ever for Apple, and they experienced 42% market share growth in its first year according to Softpedia. The campaign told you everything you needed to know about their product without being overt, and did it in a clever way. In other words, just because your product does some pretty amazing things doesn’t mean you need to hit your audience over the head with it. Instead, explain your product’s benefits in a relatable way so consumers are able to see themselves using it.

The first time Clairol asked this question in 1957, the answer was 15 to 1. That’s right, only one in fifteen people were using artificial hair color. Just 11 years later, the answer was 2 to 1 according to Time. The campaign was apparently so successful that some states stopped requiring women to denote hair color on their driver’s license. When your ad campaign starts changing things at the DMV, you know you’ve hit a nerve.

Clairol did the opposite of what most marketers would do. They didn’t want every woman on the street running around saying they were using their product. They wanted women to understand that their product was so good, people wouldn’t be able to tell if they were using it or not. Sometimes, simply conveying how and why your product works is enough for consumers, and showing becomes more effective than telling.

How about best local San Diego campaigns of all time?

Mossy Nissan’s ad agency AM Strategies first brought this campaign to the public in 1988. Their jingle claims the title of most local airplay! And it was voted by San Diego Union Tribune readers in the top ten songs of all time; in the field with Michael Jackson’s “Thriller”. Leonard Tucker (of The Fifth Dimensions fame) sung the original track – the same artist that belts out the San Diego Chargers song, “Super Chargers”! And how did that campaign fair for Mossy? Well they have gone from 1 dealership to 7 since then – making them the largest Automotive Dealer in San Diego!

Want to grow your company’s business? Or maybe just freshen your brand with some new ideas? Let AM Strategies give you a FREE Marketing Consultation. Let us show you how to get 40% more for your marketing dollar! Contact us today and see how we can take your creative to the next level!

AESTHETIC INTELLIGENCE: How it Can Lift Your Brand Image and Increase Sales

Does Your Work Standout? 5 Tips to Make Sure You’re Not “Bad Different”

WE HAVE SOME STRANGE NEED TO BE DIFFERENT, WHY IS THAT? Obviously, the impulse comes… 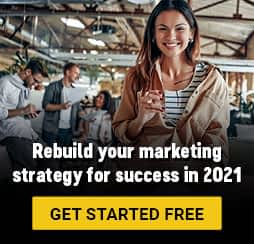 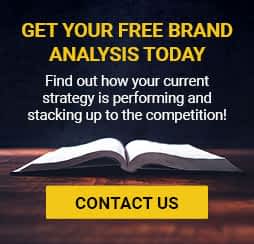 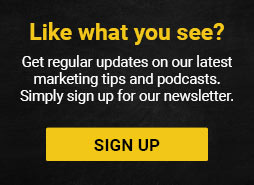 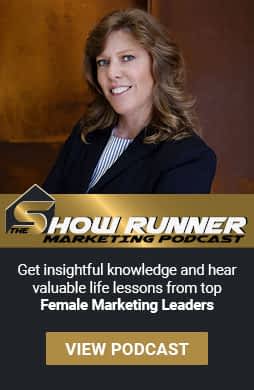 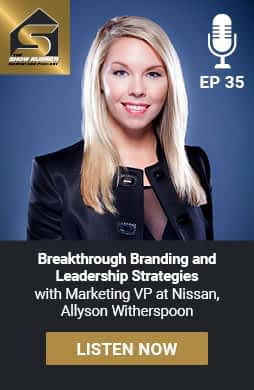